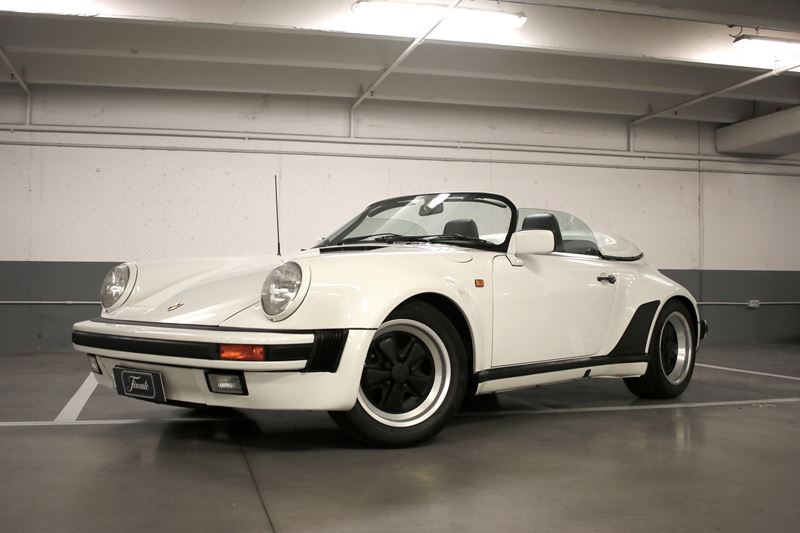 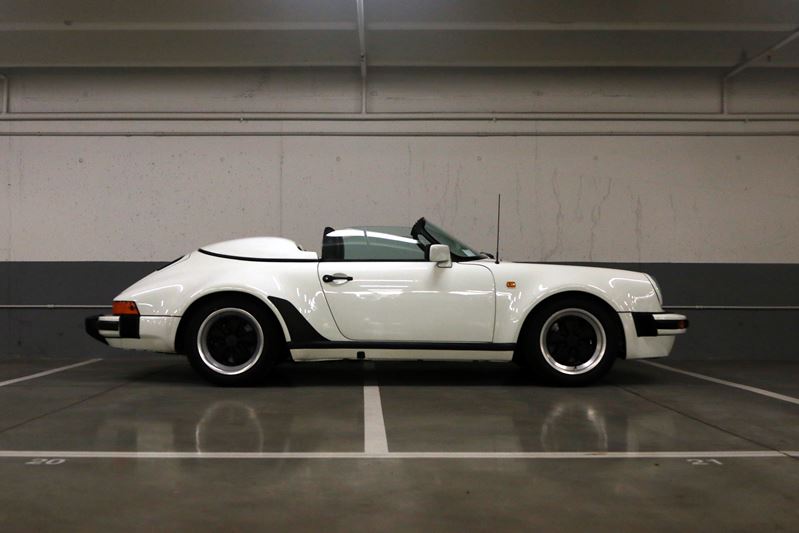 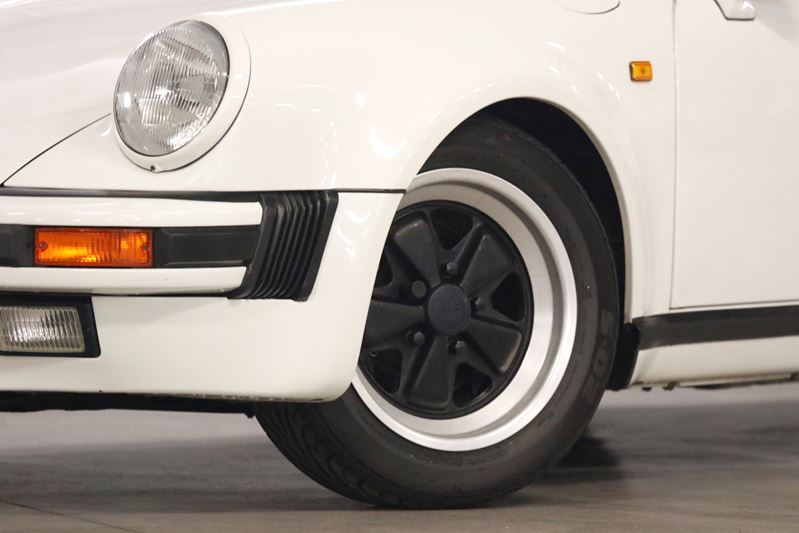 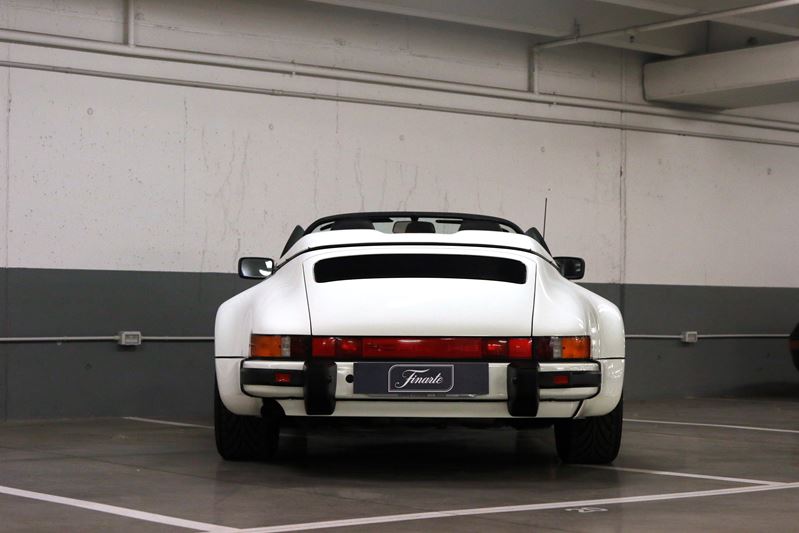 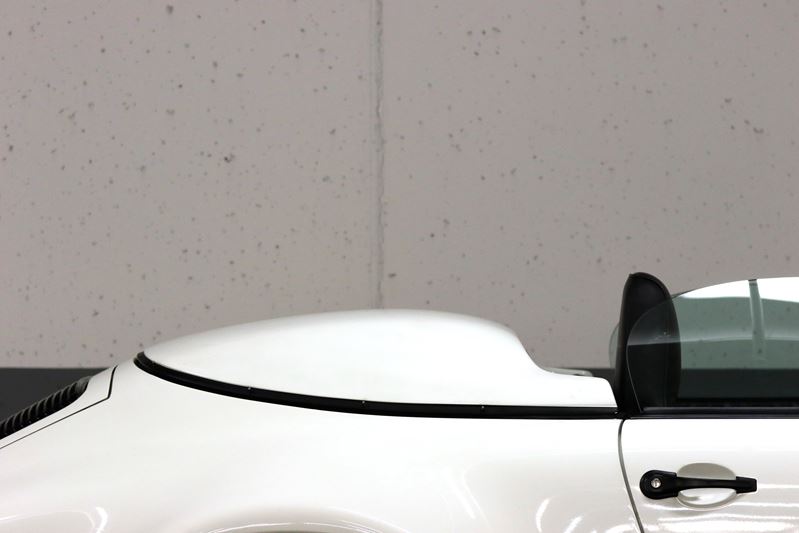 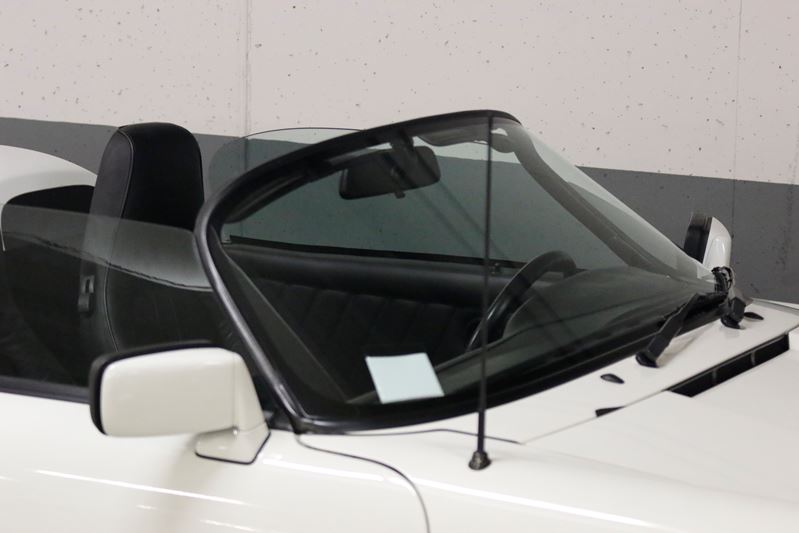 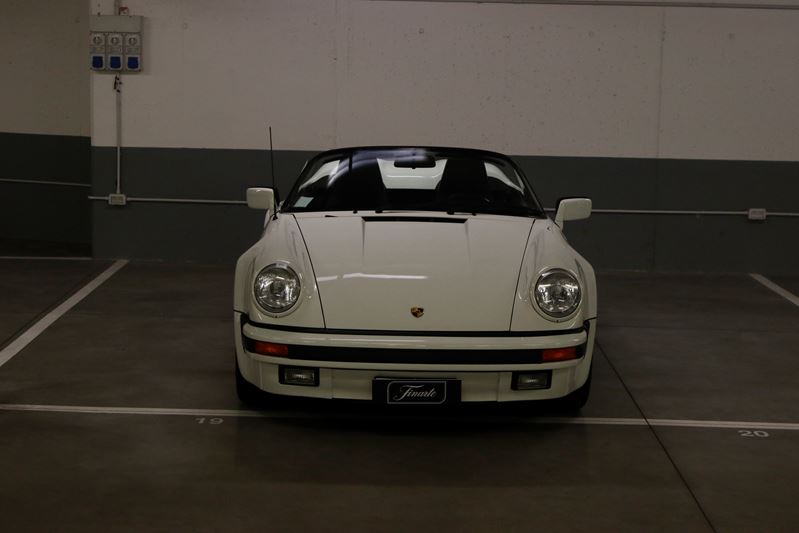 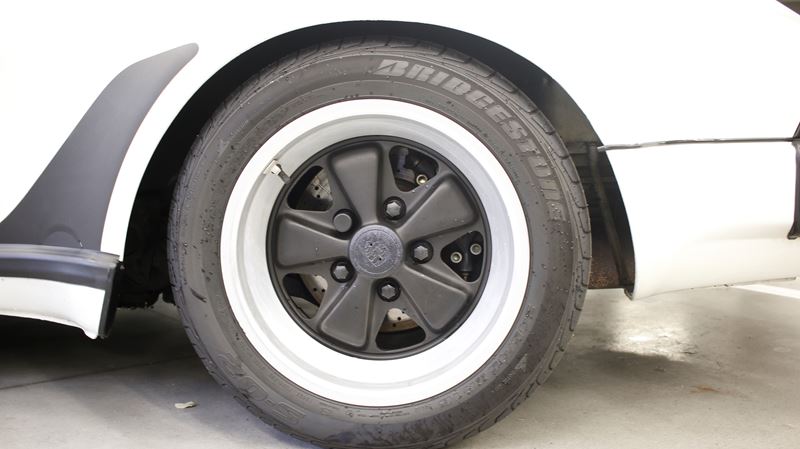 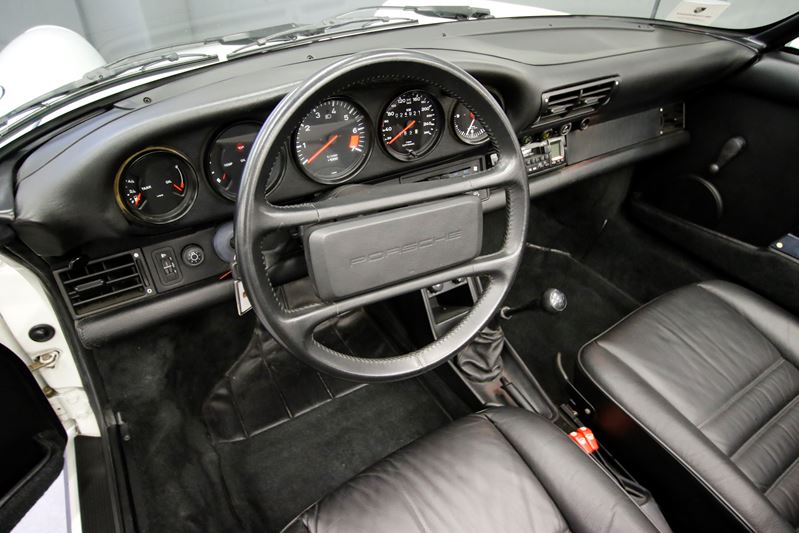 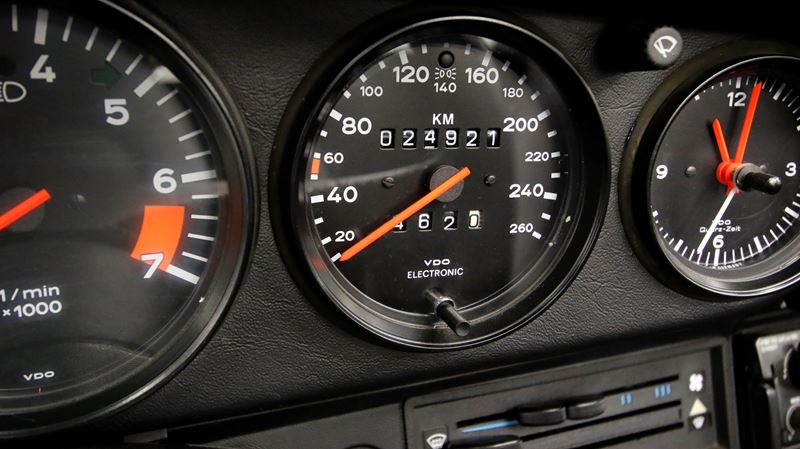 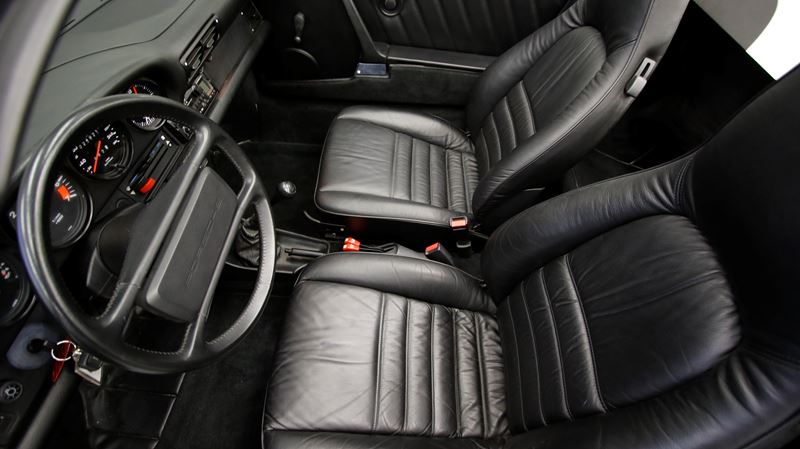 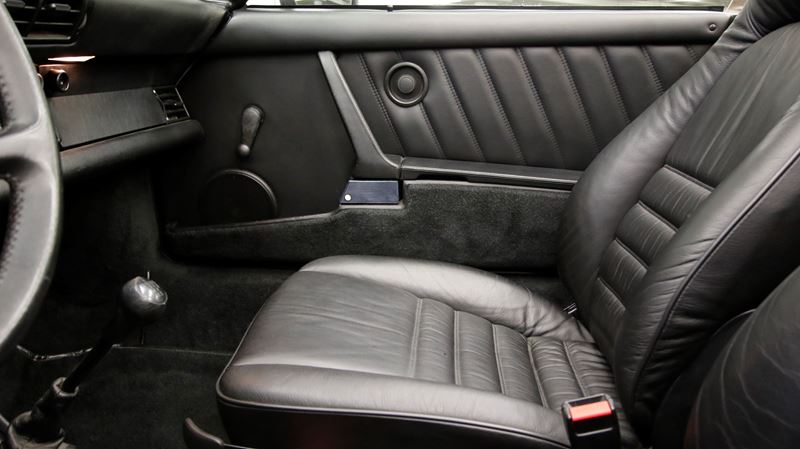 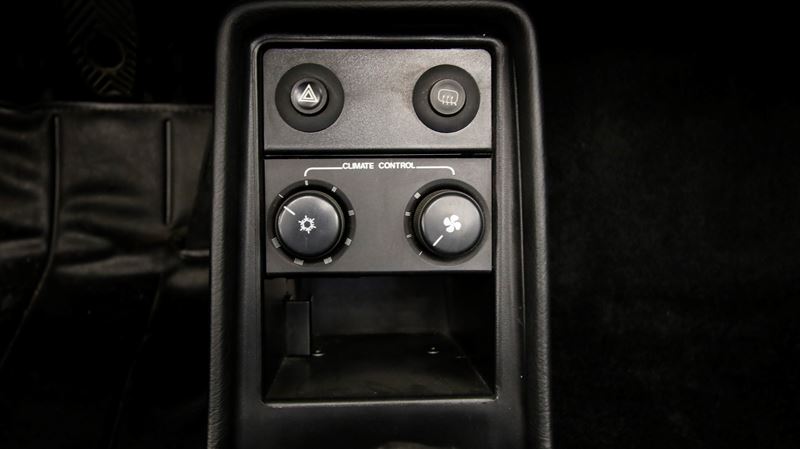 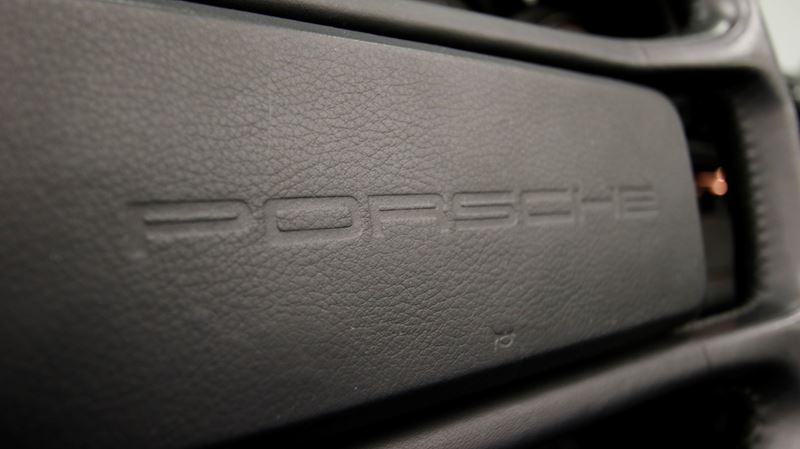 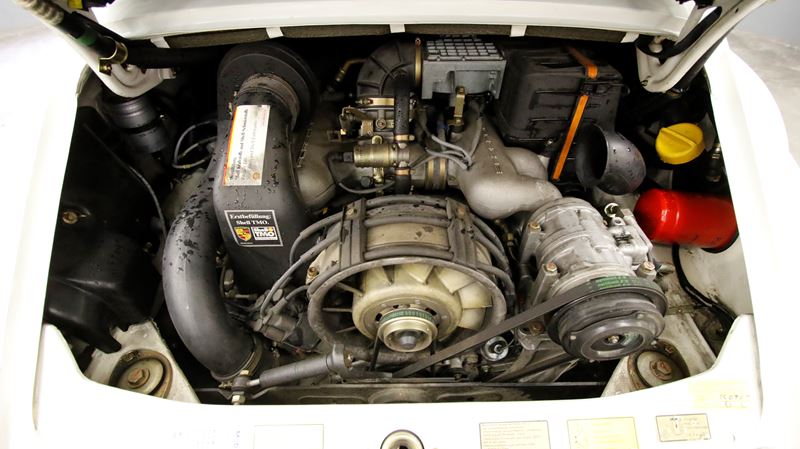 The model
In 1987, the last model of the 911 Carrera 3.2 series, the 911 Speedster, was presented at the Frankfurt Motor Show, just before the new 964 model came on the market. Built five years after the debut of the Carrera 3.2 and thirty-five years after the original Speedster on a 356 base. However, unlike the 356, the 911 was not conceived as a spartan version of the coupé, but rather as an iconic exemplar of the 911. The car remained unchanged in mechanics, with the same 231 hp boxer engine (207 hp US), it is aesthetically distinguished by the rounded removable windshield, lower by 8 cm and more inclined by 5 degrees than the convertible and by the rigid cover of the rear seats with "double hump" shape above the rear bench, an element that over the years would become the distinctive feature of the 911 Speedsters, specifically of the 997 and 991 models, launched on the market in 2019. The Porsche management decided however that the 911 Speedster had in any case to be in line with its traditional Spartan philosophy, in fact it was equipped with a steering wheel without airbag, without air conditioning and with a simple manual operated soft top; later, some of these accessories were supplied as free options. On request, with the M491 option, you could have the eye-catching Turbolook line with rear wheel arches widened to 1775 mm, stiffened chassis, Turbo suspension, enhanced brakes and 16-inch Fuchs alloy wheels with 205 tires at the front and 245 at the rear. The production of the 911 Speedster ceased in 1989 with 2,104 units produced in both configurations (the most popular Turbolook and the "Slim"), of which 823 for the American market. In Italy only the Turbolook version was marketed selling only one hundred vehicles, while a dozen Slim versions were sold in our country through "parallel" channels. In 1993 the production of the Speedster resumed to enrich the offer of the Carrera 2, production stopped at 936 vehicles; more than half destined for the American market, the rest for Europe.
The car
The Porsche 911 3.2 Carrera Speedster Turbolook, chassis no. WPOZZZ91ZKS152753, is one of the cars built in1989 and has had only one owner and only 24,920 km on the clock, it is in Turbolook configuration, one of the 1,933 units produced with this feature. It comes from the cars chosen for the Saottini Collection. The car is accompanied by a Porsche certificate of origin and a use and maintenance booklet of the period, with the documentation on its servicing history, all performed by the Centro Porsche Brescia. The car was repainted some years ago, does not show any signs of discoloration or wear, the interiors are in their original leather in an exquisitely preserved condition. The soft top in perfect condition, without tearing or discolouration. The accessories that equip the car are the limited-slipdifferential, electrically adjustable seat height, the Turbolook option and air conditioning. The car, registered in Milan, has just turned 30 and therefore, in Italy, enjoys all the tax breaks for vintage cars, including exemption from stamp duty.
State of the art
Repainted, in excellent condition. 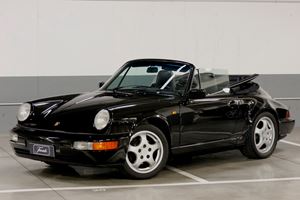 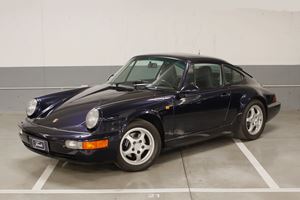 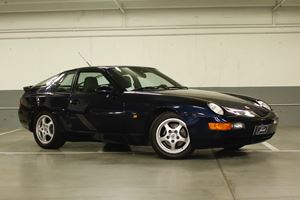 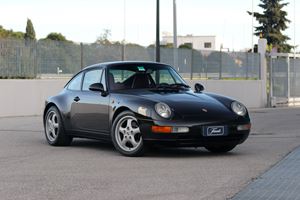 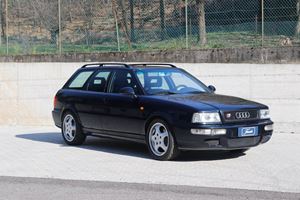 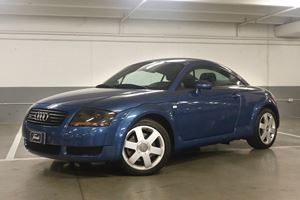 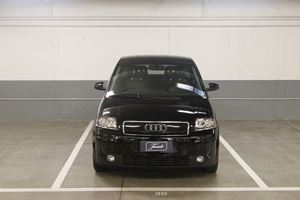 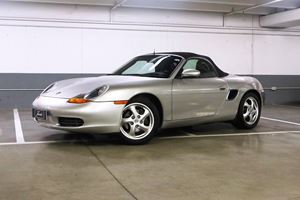 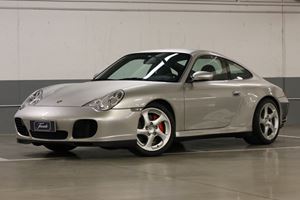 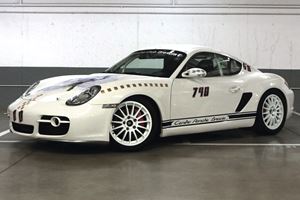 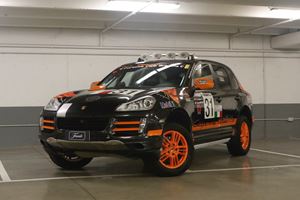 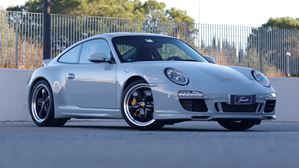