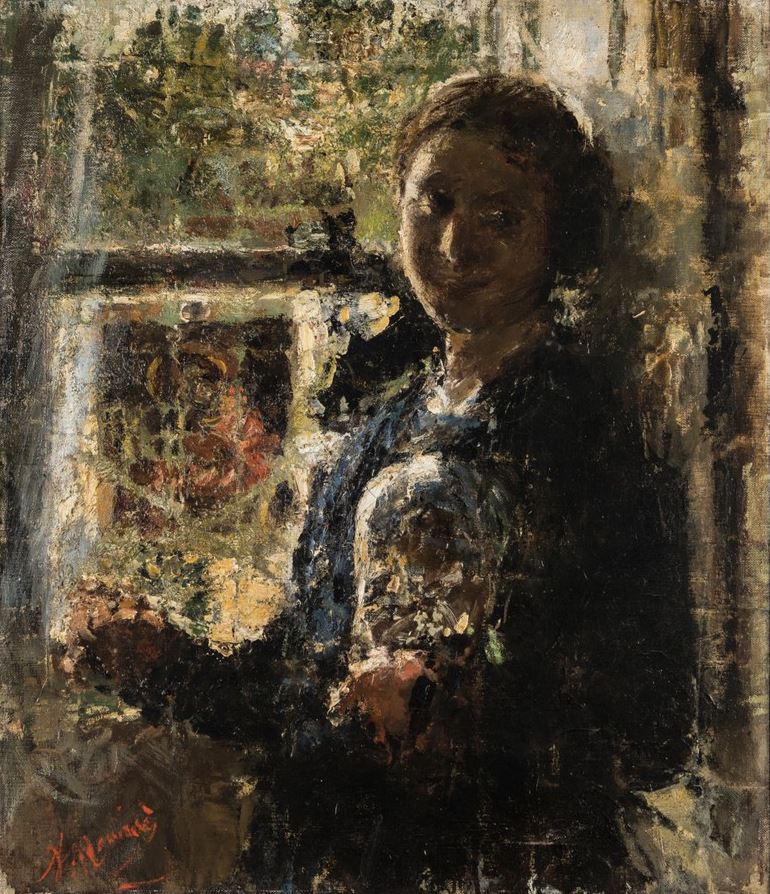 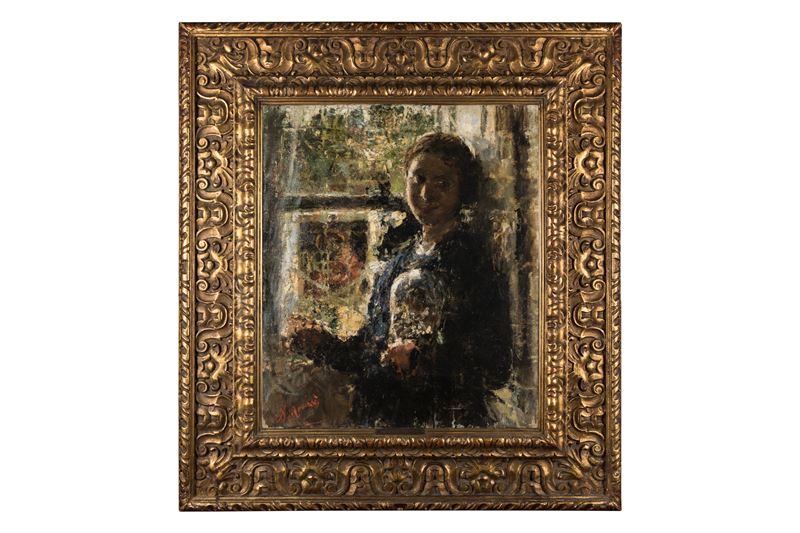 On the reverse, on the frame: number "1397" and label of the “Nava Eugenio” packaging; stamp of the “Galleria Bolzani” with the number “157” and labels of the “Michelazzi Art Salon” of Trieste and of the “Galleria Pesaro” of Milan.

Referable to the early twenties of the twentieth century, this painting shows a suggestive female image, placed backlight next to a window. The environment in which it is located is completely dark but illuminated by a strong natural light coming from the outside. The woman, in a studied pose and with her head turned towards the viewer, looks to the side and hints at a smile, holding one hand raised and supporting, with the other, a glass case. The face almost completely in shadow and the dark dress, with tones ranging from deep blue to black, stand out against the light and bright background. A thin beam of light outlines the shapes of the body and head on the side facing the window. Beyond this, in the upper part, patches of intense green suggest the presence of a landscaped background with trees and foliage. The work was created by the painter in the studio in Viale Liegi in Rome where he lived with his grandchildren in the advanced stage of his life before moving, in 1926, to the studio house built in Via delle Terme Deciane at the Aventino. In paintings like this Mancini openly shows that he wants to overcome the dictates of nineteenth-century painting and that he has largely adhered to the innovations brought by the twentieth century. This, however, always remaining out of the box and in view of an absolute autonomy and originality not attributable to any current or artistic movement.

The pictorial matter in parts full-bodied, it alternates with portions of almost liquid or even absent color in which the painter leaves the canvas exposed. The brushstroke is vibrant, fragmented and follows the pattern of the well-known and clearly visible lattice that Mancini places on the canvas. With this method, he uses to divide the support into small portions to be painted one by one, referring to the other grid with the same pattern of wires, placed in front of the model. The texture of this work, with dense and jagged backgrounds of color, is very similar to that of a tapestry. Examining it closely we see an almost abstract painting, of disconcerting modernity. However, in order to fully grasp every detail - as Mancini himself suggests for the paintings of his maturity - one must stand at a distance of at least three times the height. The features of the face, the roundness and transparency of the glass case, the dress, the shapes of the body are clearly defined.

It is in this extraordinary visual capacity completely instinctive and out of the norm, and in the ability to transpose it onto the canvas, we recognize the strength and singularity of the mature Mancini, less well known today, very well represented in works like this. 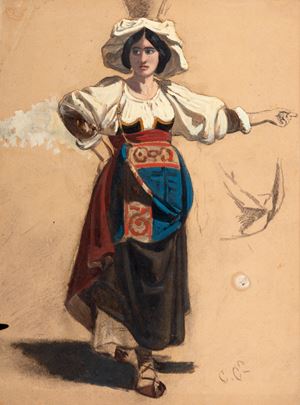 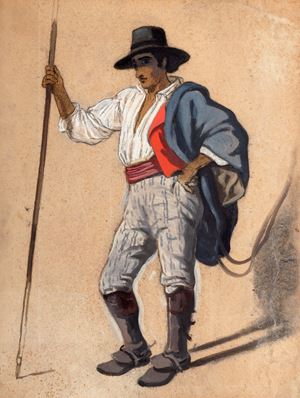 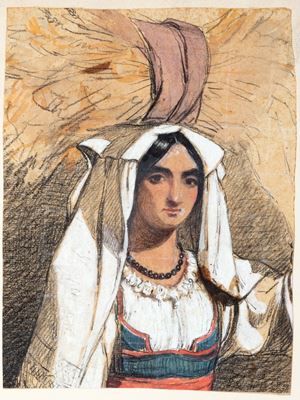 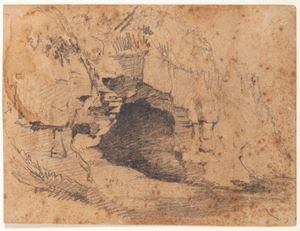 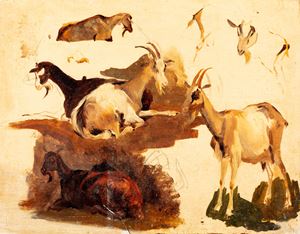 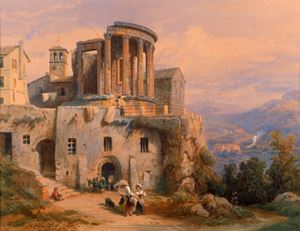 Tivoli, view of the Sibyl's temple 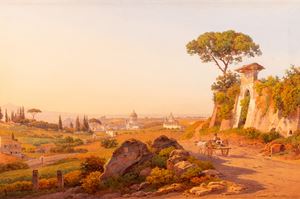 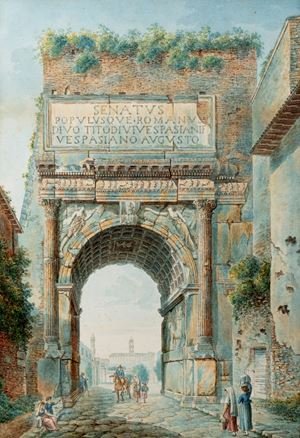 Rome, the Arch of Titus 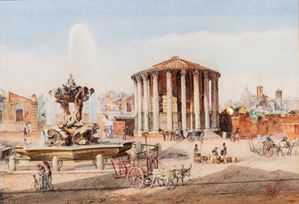 Rome, life at the Foro Boario 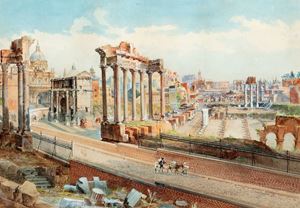 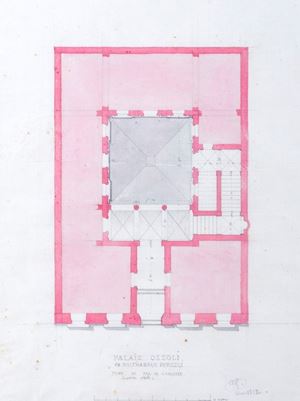 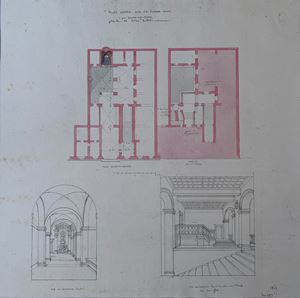 Lot of five architectural studies of buildings in Rome, including the Palazzo del Collegio del...