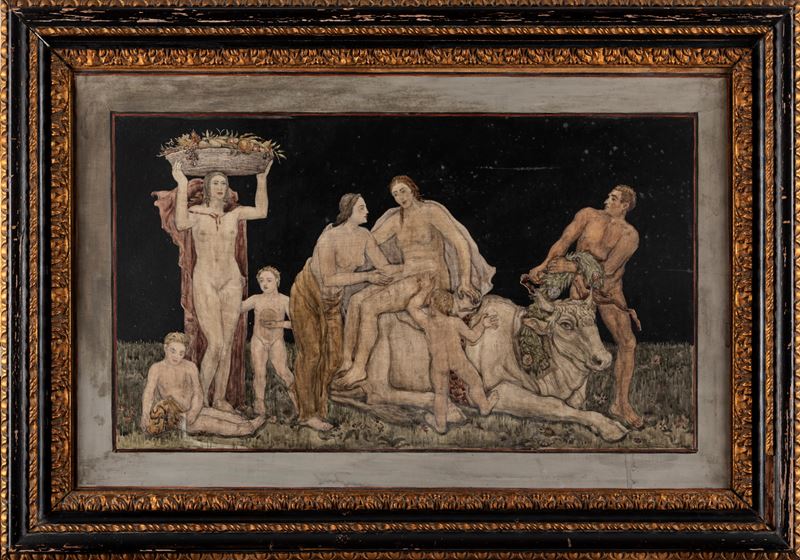 The work is a sketch for the decoration of the new mosaic floor in the Mappamondo room in Palazzo Venezia. Returned to the Italian state in 1916 after being Austrian property for over a century, from 1924 to 1928 Palazzo Venezia was the subject of an extensive restoration in view of its destination as the seat of the fascist government. In the Sala del Mappamondo, one of the three monumental representative rooms of the papal building, the works carried out under the guidance of the art historian Federico Hermanin, then director of the Palazzo Venezia Museum, they consisted in the removal of the partition walls erected in the eighteenth century, in the restoration of the Mantegnesque frescoes, as well as in the replacement of the ceiling and floor, for which Pietro D'Achiardi was commissioned. Art historian, pupil of Adolfo Venturi, D'Achiardi had immediately joined his activity as an artist & nbsp; to that of a scholar. In this capacity he distinguished himself for the reorganization of the Vatican Pinacoteca (1908-1909), he was then inspector of the Galleria Borghese (1909-1913) and, subsequently, a teacher at the Academy of Fine Arts in Rome. At the same time he had established himself as a painter - in 1902 he made his debut at the exhibition of Amatori e Cultori -, watercolorist, engraver and decorator, highlighting himself, in particular, in the mosaic design of the floors, domes and apse of the basilica of Gethsemane in Jerusalem. It was precisely this skill in the field of mosaic that led Hermanin to involve him in the enterprise of the Hall of the Globe where antiquity evoked by the walls, in which gigantic Corinthian columns on high bases supported a frieze with winged sphinxes, required an adequate counterpoint underneath. the sign of Romanism, also in view of the destination of Mussolini's office room.

The mosaic designed by D'Achiardi and made in 1927 consisted of a central panel with the scene of the rape of Europe made with colored tesserae and flanked by celebratory inscriptions in ansate tabule and by the symbols of the fasces lictors and the eagle. All surrounded by a marine thiasos inspired by the decoration of the thermal environments of Ostia Antica, with black tritons and nereids on a white background, in turn closed by a frame with geometric motifs within which were inserted, executed in inlay, panels with heads of Medusa and the signs of the zodiac.

In the central panel, distancing them from the dynamic character of traditional iconography, with the figure of Europe carried at a gallop by the white bull fleeing across the sea, D'Achiardi proposes a static image of greater iconic value, with Europa serenely seated on the garlanded animal and lying on the lawn, flanked by a handmaid and surrounded by traditional cupids (actually depicted here without wings) and by two figures who do not seem to find connection with the myth: the woman carrying the fruit basket on her head, likely allegory of abundance, and a naked man with short hair and face of profil or trying to put a large bandage around the bull neck. Beyond the interpretation that has been given of the latter, for which the identification with Mussolini has been advanced who tries to move Italy (Europe) from its stasis towards more noble enterprises and fierce conquests, expressed by the rhythm action of the marine procession [1] , it is evident, in the representation of the ancient myth, always read as an emblem of cultural colonization, the most general "metaphor of the artistic and cultural hegemony of Italy" [2] , that is, how Feder wrote ico Hermanin, the symbol of the "achievements that our great art has made everywhere, spreading its flight over many lands and many peoples" [ 3] .

In the sketch D'Achiardi's essential and synthetic language, formed on the experiences of the Secession and the return to order, is well suited to the needs of a blocked representation that must convey a symbolic message, while maintaining the softness of line that will disappear in the translation mosaic. 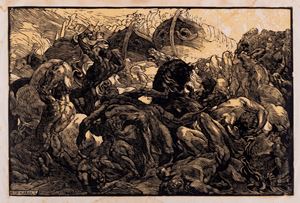 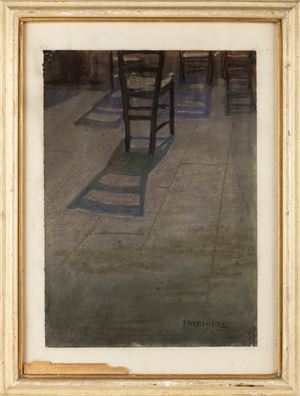 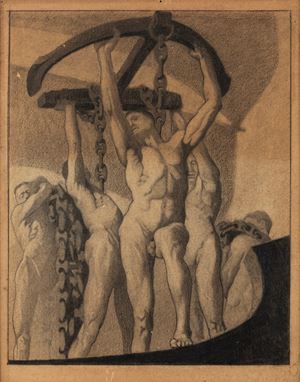 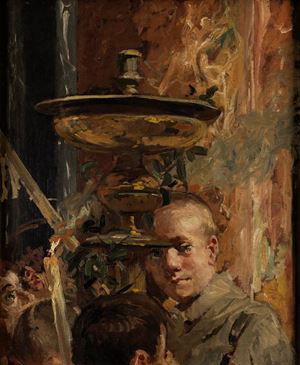 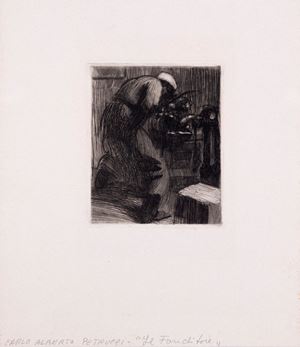 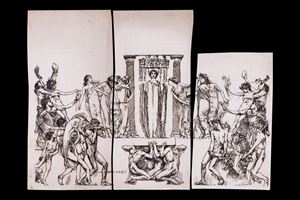 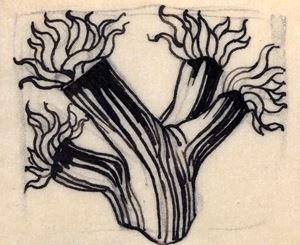 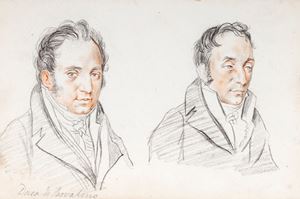 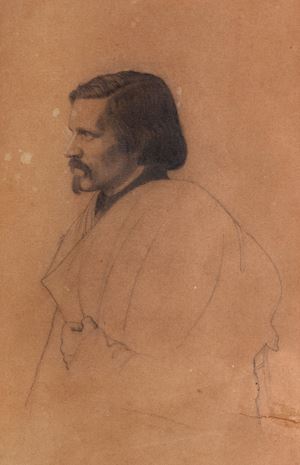 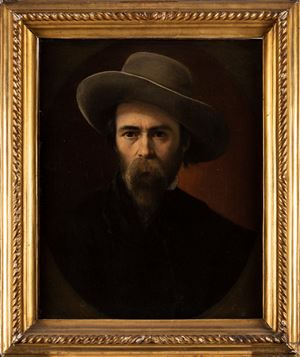 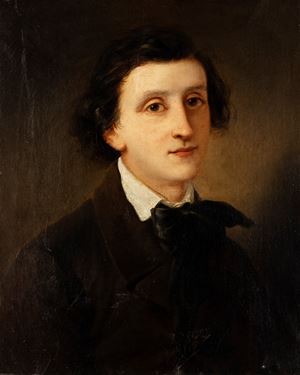 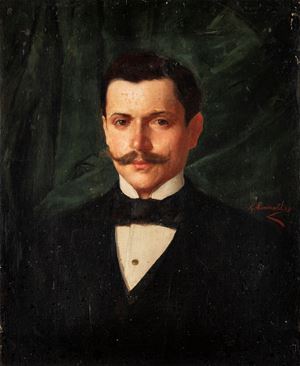