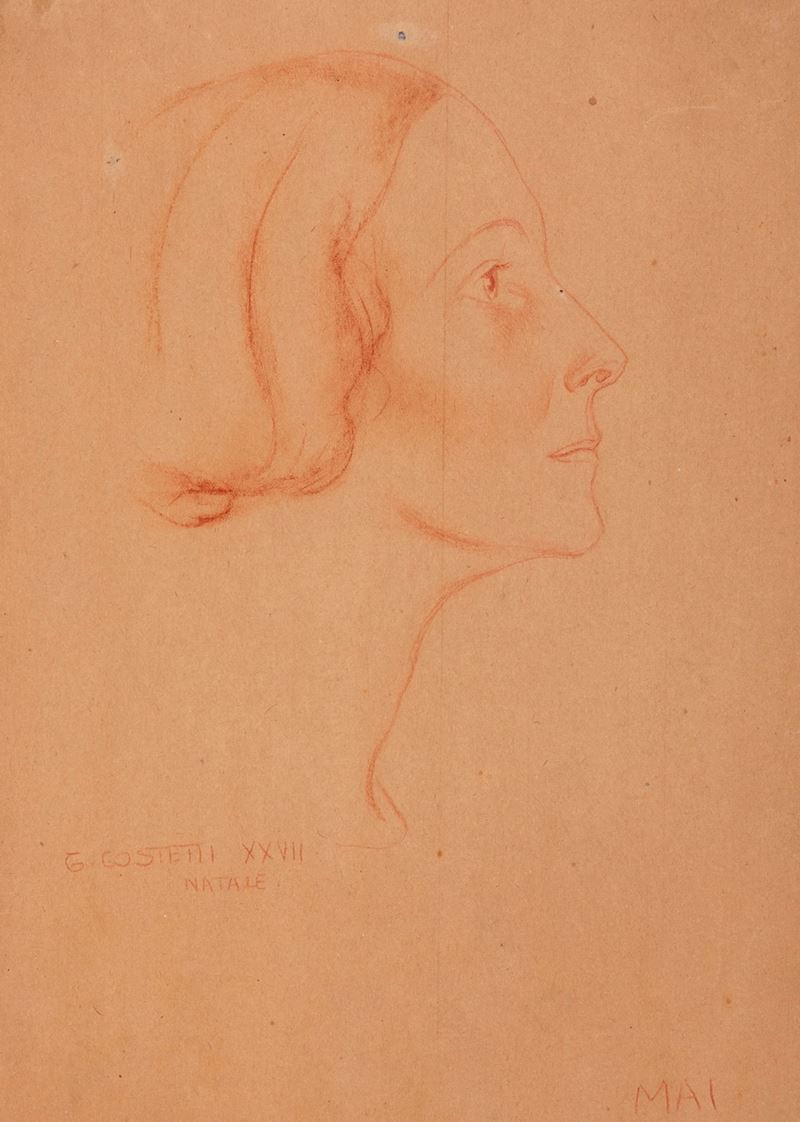 Painter, engraver and charismatic and restless writer Giovanni Costetti has a rich and complex cultural identity in which, at the formation in the Florentine environment where the Renaissance tradition is reinterpreted in the light of literary culture and figurative of international symbolism, esoteric-spiritualist tendencies are added together with the experience of French Cezannian and Fauvian painting, known directly during a stay in Paris in 1900. Since the 1920s, in line with the path taken by Valori Plastici, Costetti is oriented towards a greater stylization and compositional solidity, albeit innervated by spiritualist anxieties, clearly evident above all in the portraits, a genre to which Costetti dedicates most of his production, always supported by a strong inner tension.

The drawing is a study for a painting depicting his wife, the ceramist, journalist and writers c Norwegian Mary Elizabeth Clare (Mai) Sewell (Kristiania 1892 - Florence 1975) preserved in a private collection [1]: an intimate portrait where the figure is represented half-length, the face illuminated by an interior light, in a simple interior in which, barely hinted at in the background, a mysterious figure appears from the door of a door. Known in 1923 and married in 1928, Mai Sewell played a fundamental role in promoting Costetti's work, organizing exhibitions even after his death and donating his works to Palazzo Pitti in 1976. The work, a delicate sanguine, confidently fixes the features of the face depicted in profile, in the same pose, with the chin slightly up and the gaze fixed in the distance, which appears in the oil. In the latter the fidelity to the formal rigor of the Tuscan tradition is evident, although the vibrant brushstroke and the intense colors all set on shades of red and black carry with it the memory of the expressionist chromatic freedom, ready to re-explode, full of mystical moods, in the production of the Thirties and Forties. 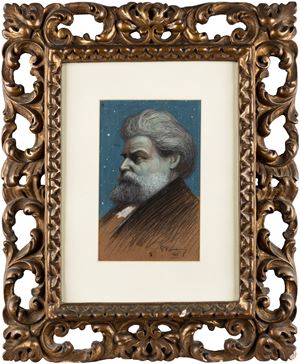 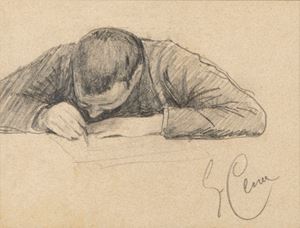 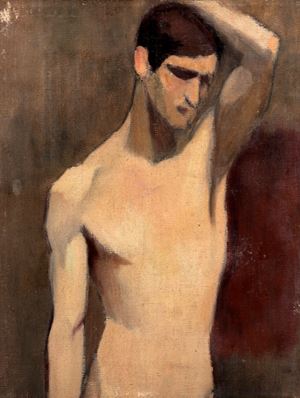 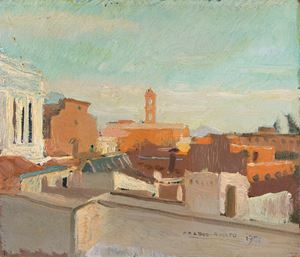 Rome, view of the Campidoglio with the Ara Coeli and the Vittoriano 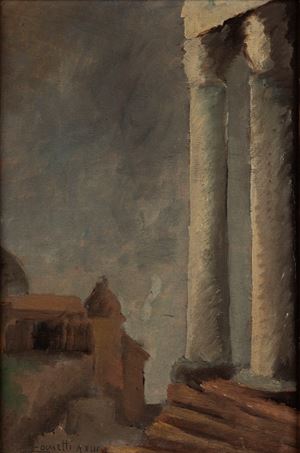 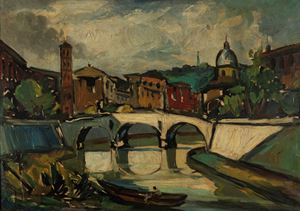 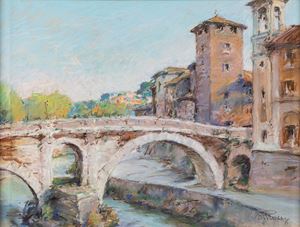 Rome, the Ponte Fabricio on the Tiber Island 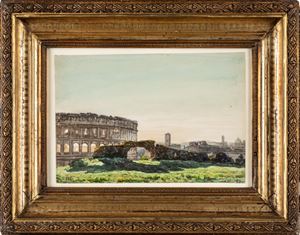 "Sketch, The Colosseum taken from the north side from the ruins of the Baths of Diocletian", 1878 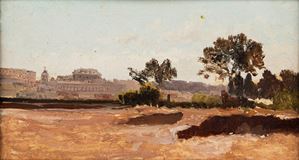 "Villa Ludovisi in the days of landings" 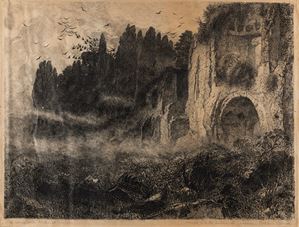 The ruins of the Stadio al Palatino 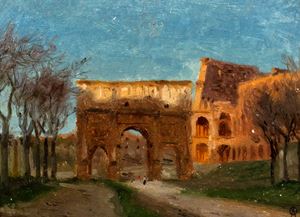 Rome, the Arch of Constantine from Via di San Gregorio 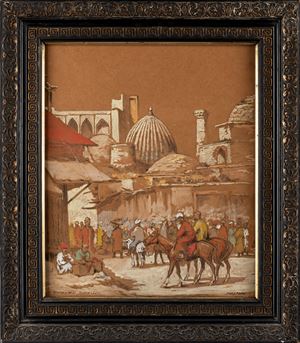